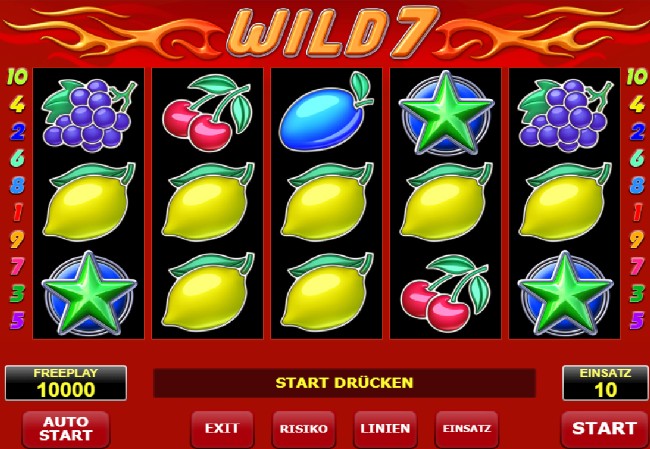 The 7 is known to bring good luck, and it lives up to its reputation in this game from Amatic. In the Wild 7 slot, players can collect great wins with a lot of excitement. The number 7 is also a lucky charm here and allows combinations with other symbols that are otherwise difficult to achieve.

Wild 7 offers excellent play on ten paylines and five reels with wild and scatter symbols. In total, you can win a jackpot of 20,000 coins here. A winning streak can also be achieved when the traditional fruit symbols are combined with the power of Wild 7. The colorful symbols include watermelons, grapes, plums, cherries, limes, and oranges. The bonus symbols include the fiery red Wild 7 and a green star against a blue background.

The 7 is the wild symbol in the game and substitutes for all other symbols to create the highest possible winning combination on the reels. However, the 7 does not substitute for the scatter symbol. Additionally, if the 7 is part of a winning combination, then the win is also doubled. The wild symbol can also appear stacked, up to a maximum of three symbols, thus increasing the winning possibilities enormously. With five wild symbols on an active payline you win 20,000 coins, multiplied according to the coins wagered.

The green star is the scatter symbol, and you will get an instant win if three or more appear anywhere on the reels. A maximum of five of these symbols can occur in one game round, and then you will get a win of 10,000 coins no matter where the symbols are located on the board.

Apart from the hot theme of the game, you will surely find the stakes attractive as well, since they start as low as €0.10 and can reach a maximum of €10 per game round. This amount is based on how many coins are played per line. It starts at one coin up to a maximum of 100 per line, which means that the maximum bet is 1000 coins if all lines are played. All winning combinations are additionally multiplied by the line bet as well. Thus, players who wager more coins or the maximum amount can win a lot of money.

Wild 7 slot is also available for those who like to play on mobile devices. The Amatic mobile platform offers equally good performance as the desktop version, and the gameplay is impeccable.

The energetic game offers excellent entertainment, and when you have a win, you can see an animation of the symbols, which is also accompanied by traditional sound effects. The game has a medium to high variance, so you will have some rounds where you don’t win anything, but then once you have a win, it should be quite decent. So the game should be played for a long while to give you a decent chance of a good win. The many betting options make the game affordable for many different players, and the traditional theme combined with the features of a modern video slot is equally appealing.

Wild symbol: The 7 is the wild symbol and substitutes for all other symbols for winning combinations, but not the scatter symbol. From 3 wild symbols on a payline, there is also an additional payout. Also, wins made with the wild symbol are also doubled.

Scatter symbol: The Golden Star on the blue background is the scatter symbol, and this will give a win if at least three appear anywhere on the reels.

Gamble option: After a game round with a win, it is possible to use it in a double or nothing game. The bet can also be reduced there. Guess the correct suit of cards to win. 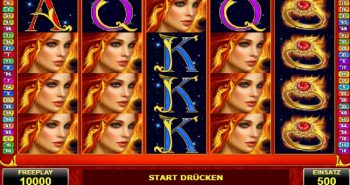 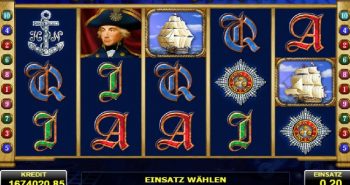 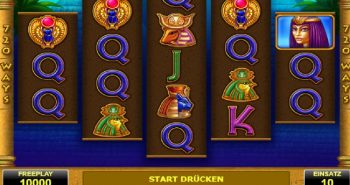 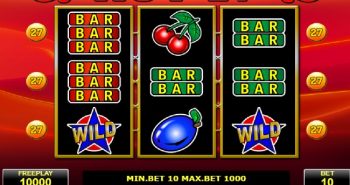