Roasty McFry and the Flame Busters come from Thunderkick. We are dealing with a cool retro slot in 8bit design, played on five reels, three rows, and 243 paylines. The prize to be won is €1,000.

As already mentioned, the graphics are authentic 8Bit images, which fans of the genre should be quite thrilled with. However, if you don’t like nostalgia, red bricks, and the like, you might want to look elsewhere. The symbols are pretty crazy and don’t follow a clear line. There is a fireman, a lizard, a one-eyed pirate, a robot, and a cigar-smoking goat. Finally, there are less creative poker characters in the form of A, K, Q, J, and T.

The fire is a so-called mystery symbol that can ignite anywhere, releasing an unspecified number of other symbols. The Fire Drill feature is triggered randomly and can turn up to 5 other symbols into the fire. Except the Alarm Bell as the scatter, the wild substitutes for any other symbol. The latter has to appear 3, 4, or 5 times for you to enjoy 10, 15, or 20 free spins. With every three scatters you get in the feature, you will climb up one floor in the burning building and find two new free spins there. Also, on each level, a new symbol becomes the Fire Mystery sign.

You can also play Roasty McFry and the Flame Busters slot in the mobile version for iOS, Android, and Windows.

Wild symbol: The wild substitutes for any other symbol except the scatter in the form of the alarm bell.

Scatter symbol: A also scatter part of the game.

Free Spins: 3, 4, or 5 scatters trigger 10, 15, or 20 free spins, respectively. You can earn extra spins and new mystery symbols in the process.

Bonus Games: The fire is a so-called mystery symbol, and everywhere burst into flames so that other symbols become increasingly visible as a result. The Fire Drill feature, on the other hand, turns up to 5 typical symbols into mystery symbols. 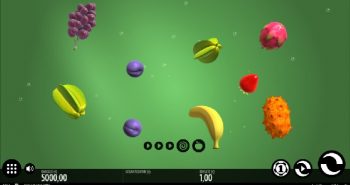