Proof that big things sometimes have a small beginning is Microgaming’s Lucky Little Gods Slot with 5 reels and 243 winning opportunities where you can win up to €130,000!

The slot uses an anime drawing style with four small gods as the highest paying symbols, followed by four Asian symbols that represent the lower paying symbols. The colors are vibrant, as you would expect from an anime, and the sound effects pick up elements of an Asian song with comic-like audio sounds that resemble, for example, a giggling god and include many other sounds.

Among the various features you will first find the Wild, which can replace any symbol except the Free Spins symbol and three different scatter symbols. The three scatter symbols include the Golden Tree, the Treasure Pot, and the Free Spin symbol. The Golden Tree Scatter can appear on any of the five reels. If it does, coins will fall from branches of the same value as the underlying symbols and shower you with rewards. This scatter appears only during the main game and pays out a maximum of 15 times your total bet. Next, the Treasure Pot Scatter may land on the third reel, where you are asked to make a selection to see your divine prize. This Scatter only appears during the main game and rewards you with 20 to 100 times your total bet. Finally, the 8 free spins are unlocked by the third scatter if it has appeared 3, 4, or 5 times before. This symbol also gives you a multiplier equal to your total bet. Each additional scatter during the free spins also gives you an extra spin. The 1st and 5th reels also act as wild reels for the duration of the feature.

Additionally, you can randomly trigger the Little Gods bonus, which rewards you with 4 to 40 times your total wager.

The Lucky Little Gods slot can be played on the PC, desktop, or mobile device. This way, if you have an Android, iOS, or Windows powered device, you always have the game at hand and ready to play.

Wild symbol: The logo symbol is the wild symbol that replaces all other symbols except the three scatters.

Scatter symbol: Golden Tree, Treasure Pot, and the Free Spin symbol are all scatters. The Golden Treasure rewards you with up to 15 times your total bet and the Treasure Pot even up to 100 times.

Free spins: 8 free spins are triggered by at least 3 free spins scatter symbols. During the feature, you can collect additional free spins. The 1st and 5th reels also become wild reels for the duration of this feature.

Bonus games: The Little Gods Bonus is triggered randomly during a lost round in Basic Mode and rewards you with 4 to 40 times your total wager. 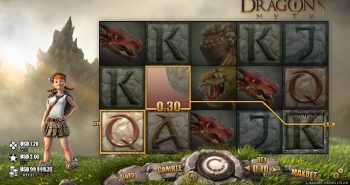 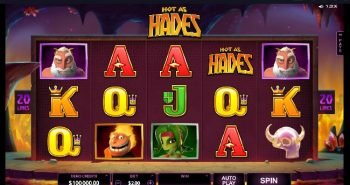 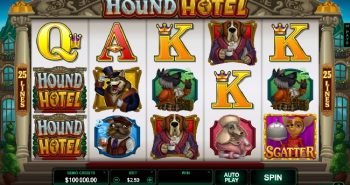