In the Inca Empire, the Shaman is a spiritual leader, and the same is true for this five reel, 20 fixed payline slot. However, in Jaguar Temple by Thunderkick, it is not only the Shaman waiting for you but also free spins and expanding wilds, as well as the chance to win 1,000x your bet.

The soundtrack is one of the most exciting features on this slot, as it is both spiritual and mysterious and helps to set the mood in the best possible way, guaranteed to entice one or two of you to explore the game further. The reels are embedded in a stone archway and contain symbols with animal carvings: Jaguar, fish, rabbit, and another strange creature, are among them. Four lower paying symbols include the four familiar poker icons.

Also, right to the title, one of the most outstanding features of this game is the Jaguar symbol. Namely, in sets of 3 or more symbols anywhere on the reels, it can also form its winning combination. Moreover, the Jaguar can appear partially or fully enlarged as a 3×3 large symbol on the middle three reels. The Shaman symbol, on the other hand, is the wild that can substitute for any other symbol except the scatter. During the free spins, the Shaman expands to cover an entire reel.

Jaguar Temple slot is designed for mobile, tablet, and PC play and is always by your side with an Android or iOS powered device.

Wild symbol: The Shaman wild can appear on any reel and substitutes for any other symbol except the scatter.

Scatter symbol: The slot includes a scatter symbol that is responsible for the free spins.

Bonus Games: The Jaguar symbol must appear in groups of three or more symbols for you to be credited with a win. The Jaguar can also appear fully or partially enlarged as up to 3×3 large symbol on the middle three reels. 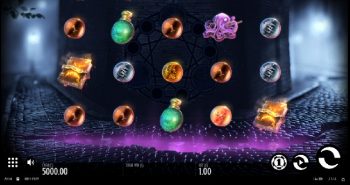 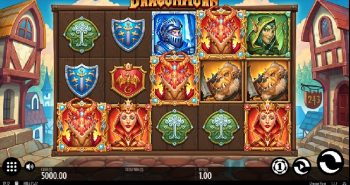