Babushka means grandmother in Russian and is named the new 5-reel, 3-row, and 17-payline slot from Thunderkick. In the game, you can expect 15 almost ghostly appearing dolls and have up to €10,000 per spin in the bag.

At first glance, Babushkas slot looks like a game your grandma would enjoy because the reels are transparent and reveal the crochet pattern in the background. But upon closer inspection, it quickly becomes clear that this is anything but a granny slot, as the rousing, energetic background music with Russian tones is intense. The seven base symbols show a cute doll family of babushkas, or matryoshkas, as they are also called. The images make you want more and are partly animated when there is a win or an active feature to celebrate. The same goes for the sound effects, and together with the excellent background music, Babushkas sets itself apart from the competition in a very positive way.

As a wild, Thunderkick has chosen an egg. It can appear on the 3rd reel and replace all other characters in the game there. The Wild Mystery Feature is triggered by an egg wild with a star printed on it. The egg opens to reveal one of three bears: the Scare Bear, the Charm Bear or the Dance Bear. They all hold their unique feature. In the Scare Bear feature, the weakest symbol is upgraded up to three levels. On the other hand, in the Charm Bear feature, all symbols are upgraded exactly one level, and in the Dance Bear, you get seven free spins, during which each time the egg wild sits on the 3rd reel.

One of the most important features of Babushkas is the Winning Symbol Upgrade, which is triggered on a successful payline and upgrades the winning symbols one level. If an upgrade and in combination with the non-involved symbols increases the win, then another level up follows. This principle continues until you stop getting new wins.

When all 15 positions are filled with the same symbol, then the very last upgrade takes place. If it is then the top symbol of the base characters in the game, then all symbols turn into the ghost, and your winnings are up to €10,000!

You can play Babushkas slot on the go if you own a cell phone or tablet with iOS, Android, or Windows operating system.

Wild symbol: On any spin of yours, a wild symbol in the form of an egg can appear on the 3rd reel and substitute for any other symbol there.

Free Spins: In the Dance Bear feature, you can enjoy seven free spins.

Bonus Games: The Wild Mystery Feature reveals one of three extra features – Scare Bear, Charm Bear, or Dance Bear. You can benefit from symbol upgrades or enjoy free spins that include a wild on every spin with these three. In the additional Winning Symbol Upgrade, all winning symbols are also upgraded one level. 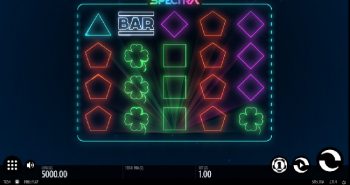 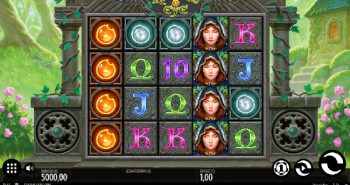